In the case of unjustified warnings, however, there is no obligation to issue a cease-and-desist declaration or to reimburse the costs of the warning. On the contrary: You can take action yourself and claim damages.

Contents of this page

By issuing a warning notice, the person issuing the notice notifies the person being warned that he or she is violating the applicable competition law by a specific action (e.g. an advertising statement). At the same time, the person being warned is requested to refrain from the action in the future, to submit a declaration of discontinuance within a short period of time (usually 7 days) and to reimburse the costs of the warning.

Even if it is often not felt this way, a warning notice is advantageous for all parties involved. The person being warned is given the opportunity to remedy any infringements out of court and to avoid a more expensive legal dispute by a “shot across the bow”.

By accepting the cease-and-desist declaration (usually a few days), the cautioned party can achieve a quick solution without having to take the risk of a competition process. Last but not least, the courts are also noticeably relieved.

A warning notice is usually issued by a competitor. The term competitor is legally defined in § 2 para. 1 no. 3 UWG as follows:

“Any entrepreneur who is in a concrete competitive relationship with one or more entrepreneurs as supplier or buyer of goods”.

The requirements are not too high. It is not necessary for both companies to belong to the same industry or to operate at the same economic level (e.g. manufacturer/wholesaler/final distributor). Nor is it necessary that the goods sold or services offered do not exactly match.

In addition to competitors, consumer protection agencies or interest groups (e.g. IDO Association) are increasingly issuing warnings. It is not intended that consumers themselves issue warnings.

However, they can turn to the respective consumer center, which will then issue the warning in its own name.

The (legal) warning letter should contain the following contents:

In the warning notice, the concrete action complained of (e.g. an advertisement in the local newspaper) must first be named. In addition, the person being warned is requested to stop this action immediately. A (legally correct) justification why this violates competition law is not mandatory. It is recommended, as it serves to convince the person being warned of his infringement and also determines the subject of the dispute in the event of legal proceedings.

The presentation of a power of attorney is usually not required, but it is also recommended, as otherwise, a rejection according to § 174 BGB can threaten (according to hM. however only if the warning is issued without an offer to conclude a cease and desist agreement). As a rule, the warning notice will be accompanied by a cost calculation and a draft cease-and-desist declaration.

The warning notice can be issued in any form, i.e. it can also be declared orally, by e-mail or by fax. For reasons of evidence alone, however, it is advisable to issue the warning in writing and to arrange for proof of receipt of the warning.

4. What is the best way to react to a warning?

Take the deadlines set in the warning notice seriously. If this is not possible, inform the other party and ask for an extension of the deadline.

Have the justification of the warning checked by a lawyer specializing in competition law. Under no circumstances should you sign the prepared draft of the cease-and-desist declaration without checking it. These drafts are written in the interest of the warning letter and tend to be rather too broad. Please note: Already by submitting this declaration, a cease-and-desist declaration can be concluded which will be valid for the next 30 years.

There are many possibilities to react to a warning notice. Which one is the best depends on whether the warning is justified.

An alternative to issuing a cease-and-desist declaration can be to wait for a court decision (usually a temporary injunction) and then to acknowledge it. This is recommended if an act is objected to which cannot be reliably terminated without further ado, i.e. if there is a risk that further warnings may be issued (e.g. several thousand article descriptions have to be changed) or if the nature and scope of the activity of the person issuing the warning is known to be aimed at obtaining contractual penalties.

The disadvantage of this tactic is that the proceedings result in considerable court and lawyer’s fees, but the advantage is that in the event of a further misconduct, instead of a contractual penalty, which is due directly to the person issuing the warning, a (often lower) fine is due, which must be paid to the general public.

This takes away the financial incentive for the person issuing the warning to examine the offer of his competitors for renewed violations. This can then lead to subsequent warnings not being issued and thus the unnecessary legal costs being recouped. In addition, there is the possibility of preventing the company from being held liable for the fault of its agents. In practice, the notarially certified declaration of discontinuance, which was intended as a middle course, has not been accepted. In this case, the declaration to cease and desist is certified by the notary and an administrative fine is agreed instead of the contractual penalty.

b) If the warning proves to be unjustified, you are not obliged to make a cease-and-desist declaration. Nevertheless, the deadline for making the declaration should not pass unused. It is often advisable to either point out to the other party the legality of the action complained of, as this can prevent further proceedings. An alternative is also the filing of a so-called negative declaratory action. In this case, an action is actively filed with the aim that the competent court determines the ineffectiveness of the warning notice.

5. What are the warning costs?

5.1. Overview of the amount in dispute in competition law

Various criteria must be taken into account when assessing the amount in dispute. As a rule, there is potential for savings here, since the amounts in dispute stated in the warning notice are often set at an excessive level and the experienced lawyer can take action to reduce costs here.

If a consumer center or a corresponding interest group issues a warning notice, the costs are limited to a so-called flat-rate warning fee. This usually amounts to up to 195€ net.

6. Why is it necessary to make a cease-and-desist declaration?

By submitting a cease-and-desist declaration, the person who has been warned declares in a legally binding manner that he will refrain from the act in question in the future. The submission of this declaration is necessary in order to eliminate the so-called risk of repetition.

The UWG assumes that whoever violates competition law once will continue to do so in the future.

This declaration is only binding if it is punishable, i.e. if it promises payment of a contractual penalty in case of a renewed violation. Extreme caution is required here, as a 30-year cease-and-desist agreement is agreed by issuing the declaration of discontinuance.

Have you received a competition law warning?

As a specialist lawyer for industrial property rights, I am specialised in such questions and can usually give you an initial assessment on the phone.
Call us now on under 040 3501 6360 or write an e-mail to  info@kanzlei-bennek.de.
Make an appointment now!

No, since the declaration of discontinuance alone serves to eliminate the risk of recurrence and to avoid legal proceedings, no acknowledgment of a legal obligation is to be seen in it with the BGH. In order to avoid disputes, however, it is advisable to clarify this when issuing the warning notice by means of an appropriate addition. It should be noted, however, that the declaration to cease and desist must be made with a legally binding intent, i.e. it should be legally binding despite all doubts.

This procedure makes particular sense in cases of doubt. By making the declaration, the “thickest cow” (namely the injunction) is off the ice. If the person issuing the warning then also wants to claim reimbursement of his warning costs, he must take legal action. The court will then examine the justification of the warning notice at significantly lower costs.

Must the cease-and-desist declaration be made in writing?

Yes, in contrast to the form-free possible warning, the cease-and-desist declaration must always be made in writing. There is an exception in the case of merchants, where a declaration by e-mail or fax can also be declared sufficient. However, the person issuing the warning notice can insist on an original declaration.

Without further ado, it is possible to send the declaration in advance by e-mail or fax to meet the deadline, as long as the original is sent promptly.

What is the contractual penalty?

However, we favor the agreement of the so-called new Hamburg custom. In this case, the determination of the amount of the contractual penalty is initially left to the reasonable discretion of the person issuing the warning and the person being warned is given the opportunity to have the amount reviewed by a court if necessary. In practice, it is also advisable to predefine a framework by formulating minimum or maximum amounts. On average, 3000 – 5000€ are due.

What happens if I have issued a cease-and-desist declaration and violate it again?

May I issue a counter-warning?

Yes, if the person being warned also behaves anti-competitively, it is permissible to issue a separate warning without further ado. This is often also a tactical means to persuade the opponent to reach a settlement.

Does the warning notice have to be accompanied by a power of attorney?

I have received a temporary injunction but have not been previously warned. Is this permissible?

A disadvantage of a warning notice is that it gives the person concerned time (usually one week) to react. A quicker alternative would be to apply for a temporary injunction immediately. With the help of this injunction, the opponent can be directly prohibited by the court. Under certain circumstances, this can also be done without hearing the opponent.

“Temporary injunction can also be issued without a hearing”

However, the speed achieved in this way comes at a price. The opponent can immediately acknowledge the order (§ 93 ZPO) and thereby impose the costs of the proceedings on the applicant (§ 91 a ZPO). In addition, the court will normally examine before issuing the order whether a prior warning has been issued and, if this is not the case, hear the opponent after all. 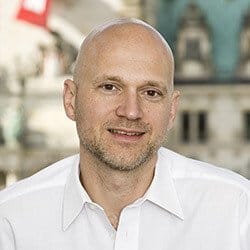